Marx - Only 160 Years Too Early on China and the West

In June 1853 the New York Daily Tribune published an article by Karl Marx on "Revolution in China and in Europe."  This is Marx in typical form, combining a brilliant explanatory model of the past and present with bold yet quite mistaken predictions about the future - the opposite of the damned in Dante's Inferno, who could see the future but not the present.  (Inferno 10.97-108).

The revolution in China then was the Taiping peasant rebellion, which, flaring up in 1850, was to run till the mid-1860s,  the bloodiest civil war in world history, with estimates of 20-70 million deaths.  The revolution in Europe was already over, though, to Marx's regret. These were the attempted bourgeois democratic revolutions of 1848, which he saw as the necessary precursor to communist revolution. These revolutions had failed, to be followed, in the 1850s, by the early signs of what was to become a long era of economic growth, rising wages and growing working class prosperity.

But no, said Marx, in this ultimately fantastical piece of wishful thinking - European colonial meddling has helped inflame revolution in China, and now revolution in China will reignite revolution in Europe. And what an extraordinary, modern-feeling bit of economic apparatus he bolts together to make his argument, reinforced with impressive nuggets of data. Today we might call it a dynamic, multi-country, multi-sector, monetary model of aggregate demand and supply. The main countries in the model are Britain, the European Continent, China and India, the main sectors manufacturing and agriculture, with tea and opium broken out as sub-sectors. Marx didn't write down or estimate the equations of this mental model, but you see him pull the levers to get qualitative results.

The story is this. "The Chinese, ready though they may be, as are all people in periods of revolutionary convulsion, to sell off to the foreigner all the bulky commodities they have on hand, will, as the Orientals are used to do in the apprehension of great changes, set to hoarding, not taking much in return for their tea and silk, except hard money."  Political turmoil in China boosts Chinese demand for money, causing a recession in demand for goods - including demand for manufactured imports from Britain, reducing aggregate demand in Britain.

There are also a couple of elaborate stories about indirect hits to British exports. "The Chinese, it is true, are no more likely to renounce the use of opium than are the Germans to forswear tobacco", says Marx, no stranger to national stereotypes. But the Chinese Emperor's new policy of encouraging domestic opium production will cut Indian opium exports to China, causing economic crisis in India and fewer Indian imports of British manufactures. I forego an even more elaborate story to do with British tea imports from China.  Lastly, bad harvests in Britain and Europe will add a negative aggregate supply shock to the negative demand shock from exports.

Having assembled the economics, it's now all go for the intended conclusion: "Under these circumstances, as the greater part of the regular commercial circle has already been run through by British trade, it may safely be augured that the Chinese revolution will throw the spark into the overloaded mine of the present industrial system and cause the explosion of the long-prepared general crisis, which, spreading abroad, will be closely followed by political revolutions on the Continent."

It didn't happen of course. According to Angus Maddison's historical dataset, British real per capita GDP rose at a nice 2.2% annual average rate in the five years 1853-57, notwithstanding a small dip in 1855. No European revolutions either. So where did Marx go wrong?

I'm no expert on British or Chinese economic history but a few general points seem right. First, qualitative models are alright, but do check a few actual numbers on the back of an envelope. Marx mentions that British exports to China were around 3 million pounds sterling in 1853, or about 1.5% of all British exports, which, in turn, were around 15% of GDP.  So, even if British exports to China fell by half, the first order negative shock to British aggregate demand would have been only -0.1% of GDP (0.15 x 0.015 x 0.5).  Second, the world economy is much too complicated to have much confidence in any model forecast. Third, politics and sociology are even more complicated than economics, so you're even worse off predicting political revolutions on economic grounds.

But let's be fair.  Marx was off only by hundred and sixty years. Now China-Western economic ties are large enough it's not uncommon to read the newspaper headline "Stocks slide as China worries escalate." 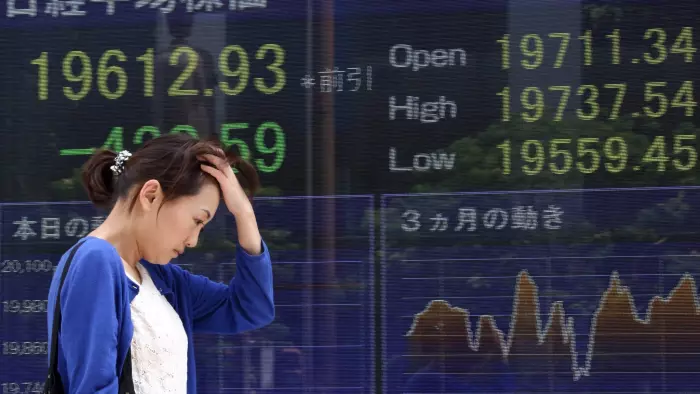